nuCamp with EOS is When Exceptional Becomes Extraordinary 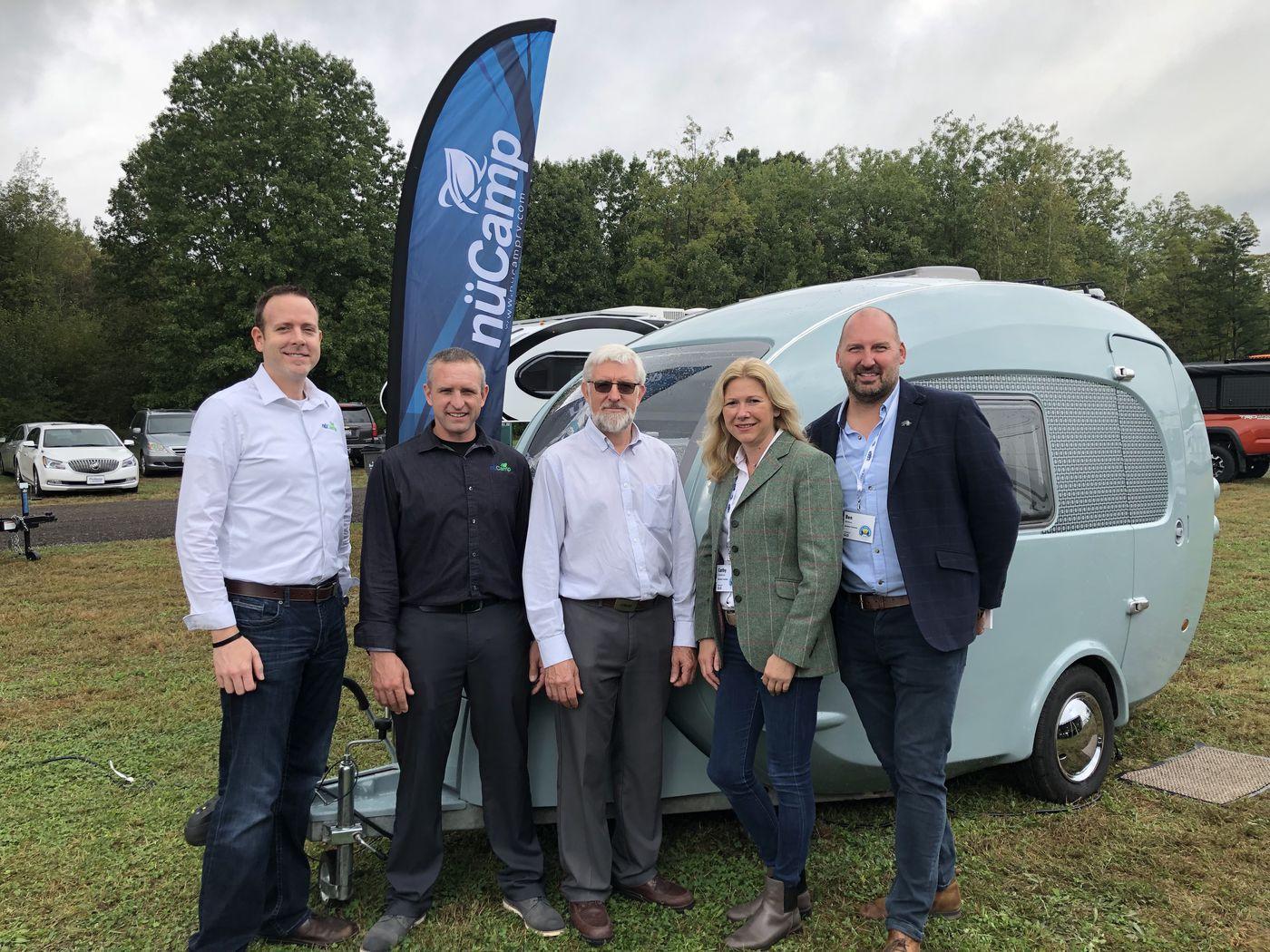 Established in 2004 in the heart of Ohio Amish country, nuCamp has become the world’s largest manufacturer of teardrop trailers. With the mission “to build the exceptional,” they not only make top quality campers but have created an extraordinary customer and community experience.

This family-owned business started with Joe Mullet, a plumber, and carpenter, who began hand-building teardrop trailers in his garage. After several years of strong growth, Joe and his team of local craftsmen were forced to close their doors when the recession of 2008 hit.

With a new business model and assistance from a national distributor, nuCamp officially reopened its doors in 2010. That first year, Joe and his team built over 450 units and the business skyrocketed from there. Joe’s son, Jesse, joined the team in 2012, and several years later, with astonishing growth, nuCamp constructed a 150,000 sq. ft. facility to meet their manufacturing needs.

A couple of years ago, Jesse attended a Lunch & Learn hosted by nuCamp’s insurance company, The O’Neill Group. The luncheon featured a guest speaker, Ron Kaminski, who discussed the Entrepreneurial Operating System. At that time, Joe was embarking on the journey towards retirement and began handing the reins over to Jesse. Immediately, they were hooked by the simplicity and structure of the EOS process.

Jesse reflects, “EOS made sense. It is easy to understand and seemed like a no-brainer decision to operate our business.”

They hired Jim Tennant to implement EOS because of his vast experience in the business. Before being a Professional EOS Implementer, Jim was president of a successful engineering firm with a history of helping establish and run other manufacturing companies.

What impacted Jesse’s decision to run EOS was the relationship between the Visionary and Integrator. Jesse is a natural Visionary who had difficulty keeping his team in the know. He credits Jim with understanding different perspectives and how to become a better leader. “Jim has been a huge influence on me to make sure I bring along the team with my Vision and keep us all pointing in the same direction.”

Along with Nathan Wagler as Integrator—who is a great communicator— nuCamp has a great internal culture. “We were always in a good place, but EOS helped nuCamp operate in a great place. And Jim helped transition us to the next generation of leadership.”

But here’s where the extraordinary comes into play. The next stage of nuCamp involves creating a greater customer experience and giving back to their community. This vision is already in motion as they have recently expanded another 50,000 sq. ft. to include a full-scale Service Center and Training Academy. This academy will open in the summer of 2022 and allow teenagers to learn valuable job skills – from operating CNC machines to interviewing practices to understanding what it’s like working as a team.

Jim has challenged Jesse both personally and professionally. “He always offered me different perspectives, steered me in the right direction, and persistently was honest and transparent.”

Now that they’ve graduated to operating EOS on their own, Jesse shares this advice: “The key to a great business is making sure you have the right people in the right seat who live your core values and share an open line of communication.”

You’re Invited to the First-Ever ITS Leadership Community Forum!

Individuals within your company can experience all of the benefits of the ITS Leadership program without the need to enroll an entire cohort.

Learn More About Into the Storm

Learn More About ITS Forum